The first wave in 2019: how we started the year

The first wave in 2019: how we started the year

During the first month of 2019, CISC students put some efforts into self-knowing. 😊

✓ Invented the machines useful for the humankind and the safe amusement rides – designed its miniatures, worked out the business plans and logotypes of their own companies, designed the plan of an amusement park and auto-park, and made promotion videos.

✓ Counted the bones 😊 Learned how many bones there are in a human skeleton, made their own creative posters.

✓ Studied the correlation between the colours and the mood, tried to guess the objects by touch.

✓ Now we know how important it is to refill the vitamins in our bodies. We take it under our control!

✓ Showed our talents in dancing, vocals and arts. We also demonstrated our film-directing skills – showed our own movies and YouTube Channels.

✓ We learned more about our musical preferences and participated in intellectual contests.

✓ At CreativeWorkshop, we revealed our strong suits via creative projects.

✓ We spoke about ourselves as a super-team of unique personalities, and demonstrated our best abilities!

✓ We had lots of fun at “The Incredibles” party, where we participated in games, contests and made a mini-video fest “My interests and hobbies”!

✓ And, of course, there were a lot of philosophical reflections: what is life given for, what is a freedom of choice, what it means to be happy. We are proud of our philosophers!   😊

Now we are ready to ride the next wave – “Library”. We surf on forward. 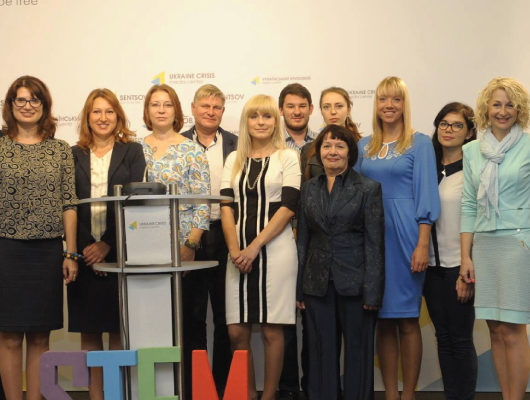