Some parents suggest successful people as role models, others intimidate their children with possible future as a janitor or loader, and some are sure that the child’s interest for education depends only from the efforts of teachers and psychologists, thus side-shifting their own responsibility. Some paretns suggest even more radical measures: punishments for bad marks, depriving the child of computer, iPad or phone, grounding etc.

And so many people are hindered on the way to their goals only because at some point no one told them: “I believe in you, you are going to make it!”.

WHAT IT ALL STARTS WITH?
REASON #1
The parents think that the child is ready for school because he or she knows a lot for his/her age. But intellectual readiness does not equal the psychological readiness which is determined by the level of development of voluntary behaviour, i.e. a child’s ability to adhere to certain rules, to do something that is necessary or required and not only what he/she wants at the moment.  Therefore, it’s vitally important to develop a child’s ability to take control of him/herself. That is the task for pre-school age.

REASON #2
The child is sent to school too early. The biological maturation (bone and tooth biological age) must be taken into consideration.  A biologically immature child should not be sent to school since his/her hand is not formed enough. The level of hand formation may be checked in the following manner: ask the child to write dots in quads on ruled paper.  The adequate index is 70 dots per minute. As concerns the teeth, it is considered that before enrolling to school  the 4 front teeth must be changed to permanent (2 upper and 2 lower). Thus, the biological immaturity leads, as a rule, to a child’s more difficult adaptation (the child gets tired faster, and does not manage normally  at school). In such case, the child might very quickly lose the motivation to study.

REASON #3
The children do not attend kindergarten. Lack of contact with peers leads to the lack of voluntary behaviour, when a child is not used to taking into consideration opinion of the others or adhere to the rules while living in a group.

REASON #4
Dysfunctional families: a child who is used to the high level of negative emotional tension, as a rule, does not have enough energy for intensive involvement into the educational process.

REASON #5
Lack of definite organization of the child’s life: absence of a daily regime, neglect in everyday routine.

As a rule, the children attending some interesting studies beside school are more motivated for education.

REASON #6
Lack of unity in the parents’ demands to the child (when a child always has a “trapdoor”  through which he or she can avoid doing something unwanted, for example, playing the parents against each other, or complaining to the grandma or grandpa etc.).

REASON #8
Overstated rewuirements without taking into consideration the child’s real possibilities: blaming malicious intent or laziness when a child might have objective resons for such display (somatic state, particular psychological aspects, reculiarities of the child’s intellectual development etc.).

REASON #9
“Destruction” of motivation for studies through mockery, tactless phrases, comparison to other children, forecasting the “unsuccessful situation”. Projection of own expactations upon their son or daughter is one of the most common parents’ mistakes, often non-conscious.

Forming a child’s motivation involves not only lodging the purpose and the motives into the child’s mind, but also creating the necessary conditions in which the child will be eager to study:

1) Find the reason of low motivation: lack of skill to study or mistakes of educational nature. Sometimes the parents tell their child: “if you will not study, you will become a janitor”.  Such distant perspective does not in any way affect the educational motivation. The child is interested in the nearest perspective. Difficulties in the process of studies form the unwillingness to study in those children whom parents failed to teach coping with the difficulties. The reason of low motivation is often the previous negative experience (I tried and failed two times, that’s why I won’t even try the third time). The parents must teach their child not to give up, to continue striving for the result, to believe in him or herself, and only then the result will follow.
2) Apply correctional methods respective to the reason of low motivation: teach the child how to study in case if the educational skills and voluntary behaviour are not formed properly, correct the mistakes in parenting. First of all, the parents must simply see such mistakes and admit to themselves “I am doing something wrong”.
3) In the process of education, before the voluntary behaviour is formed, it s important for the child that the parents control the studies taking into consideration the child’s peculiarities: when it is time to learn the lessons, which tasks must be made first of all, when it is time to pause.

Such recommendation mostly concerns the students of primary school, But if in the secondary school the child’s skills to study are not formed, it is vitally important to go through the formation process all over again. Sometimes the child has no skills in working with the text – then teach him or her to define the main idea, to render the text. If the child fails to start studying in time – teach him or her self-discipline.
4) It is essential to create a zone for the child’s development, instead of making for the child the things the child can make him/herself (even though with difficulties). For example, you must not give a ready solution for the problem or solve it yourself, it’s better to create such situation in which at least part of the problem is solved by the child. “Good job, you tried so hard. But you made two mistakes, find them”.  The process takes more time, but it’s more correct. Often such child manipulates the parents with best effort: “Mommy, only you can explain so well and show me how to do the task, noone else can, not even my teacher”.
5) A very important moment – evaluation of the work by the parents and the teacher. The evaluation on both parts must be equally objective. In other case, controversial images are formed in the child’s mind (my parents are good, they praise me, and the teachers are bad, they scold me) or vice versa. And this causes th unwillingness to study or even the disgust to school.
6) According to the research results, the motivation for success (and, respectively, the educational motivation) is formed in those families in which the children were given support while increasing the requirements, where they were treated warmly, with love and understanding. In the families with strict supervision or neglect instead of motivation for success the children formed the motivation for avoiding failure, which leads directly to the lack of educational motivation.
7) One of the most essential aspects of educational motivation is the child’s adequate self-esteem. The children with low self-esteem underestimate their own abilities, thus decreasing the motivation to study. While the children with high self-esteem fail to see the limits of their abilities, thus failing to see and admit their mistakes. It is important to explain to the child that beside academic activities and success there are lots of other aspects of life.

8) Remember to praise the child for good studies. Material incentives (giving money for good marks) often leads to reaching the goal at any cost and by any means. It’s better to reward good marks by some family fun (going to the circus, the cinema or bowling). This way, you cover several aspects at once: exciting communication with your child, satisfying the child’s need to feel a part of family system.

9) In order to increase the child interest to educational process, contact with the child in the atmosphere of trust. It is important to explain to the child that the process of forming the skills to study is long, but necessary. Teenagers should not be nagged, punished or promised rewards. Control-and-aid and not control-and-presure. It is also important to discus carreer and professional plans with the teenagers.
10) Do not expect immediate changes.  There may be ups and downs, or heel-dragging. But if you work consequently and systematically in order to form your child’s motivation, succes will follow!
(on the basis of article by psychologist Olena Lesechko) 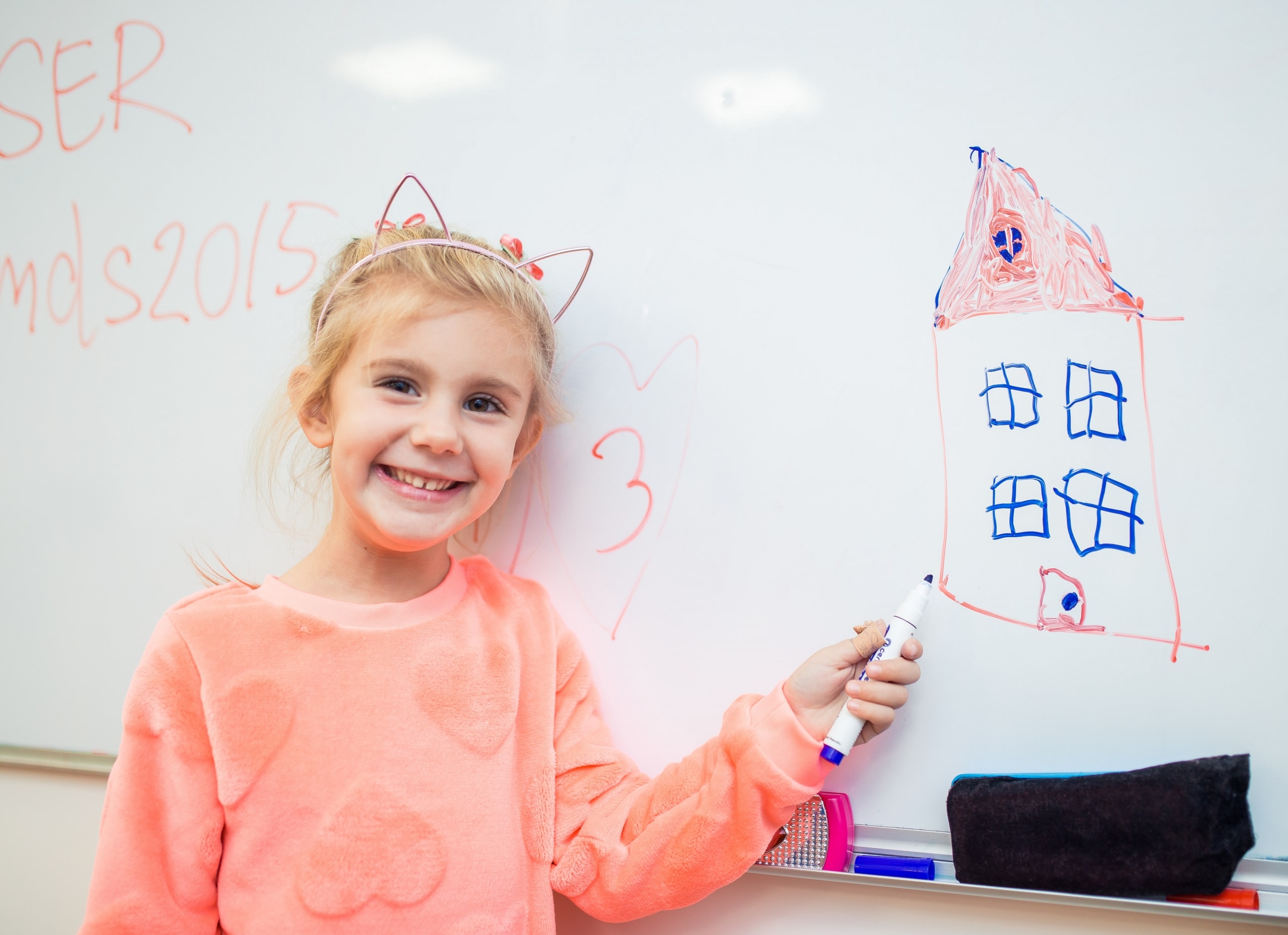 396
Articles
Edutainment as a teaching method 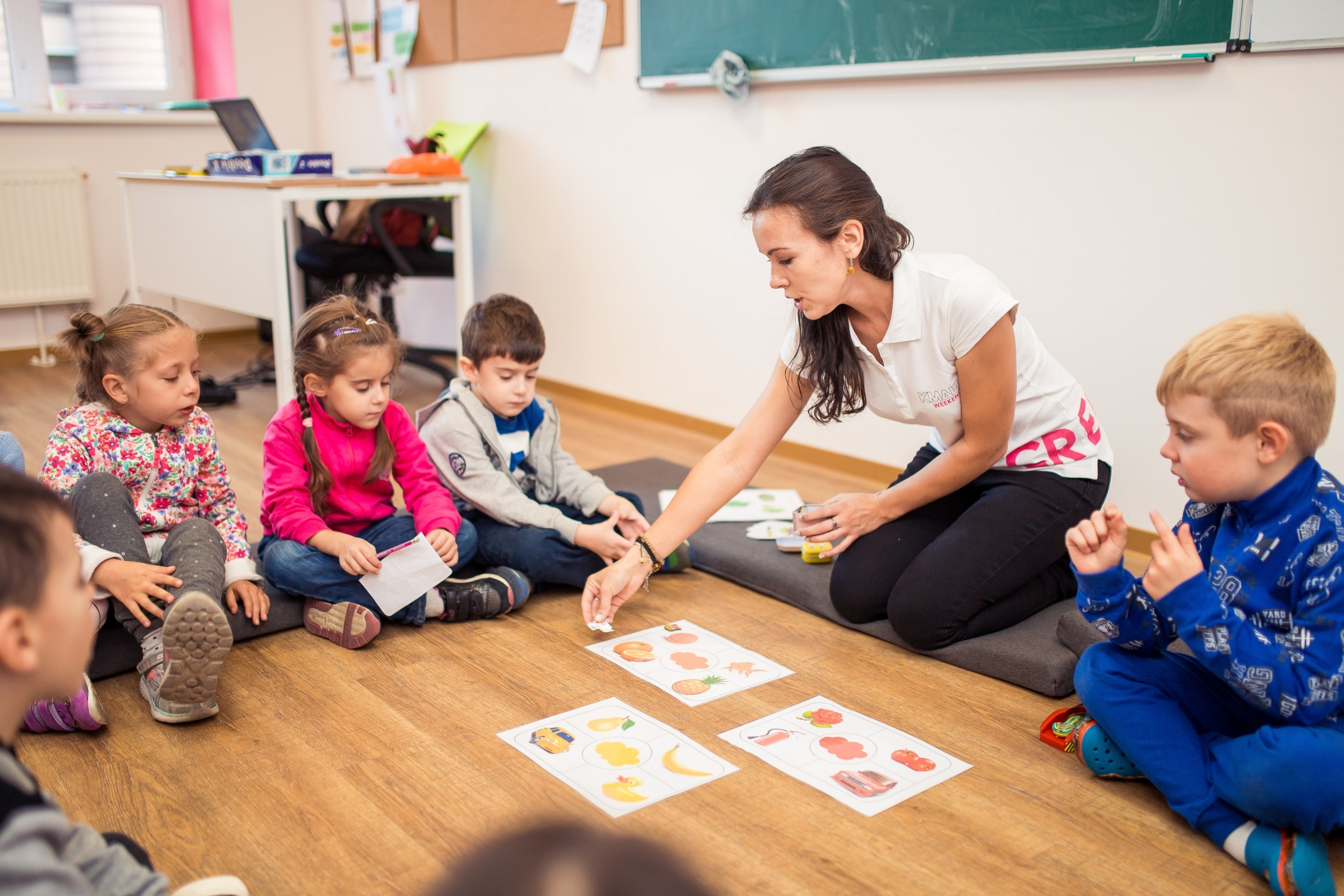 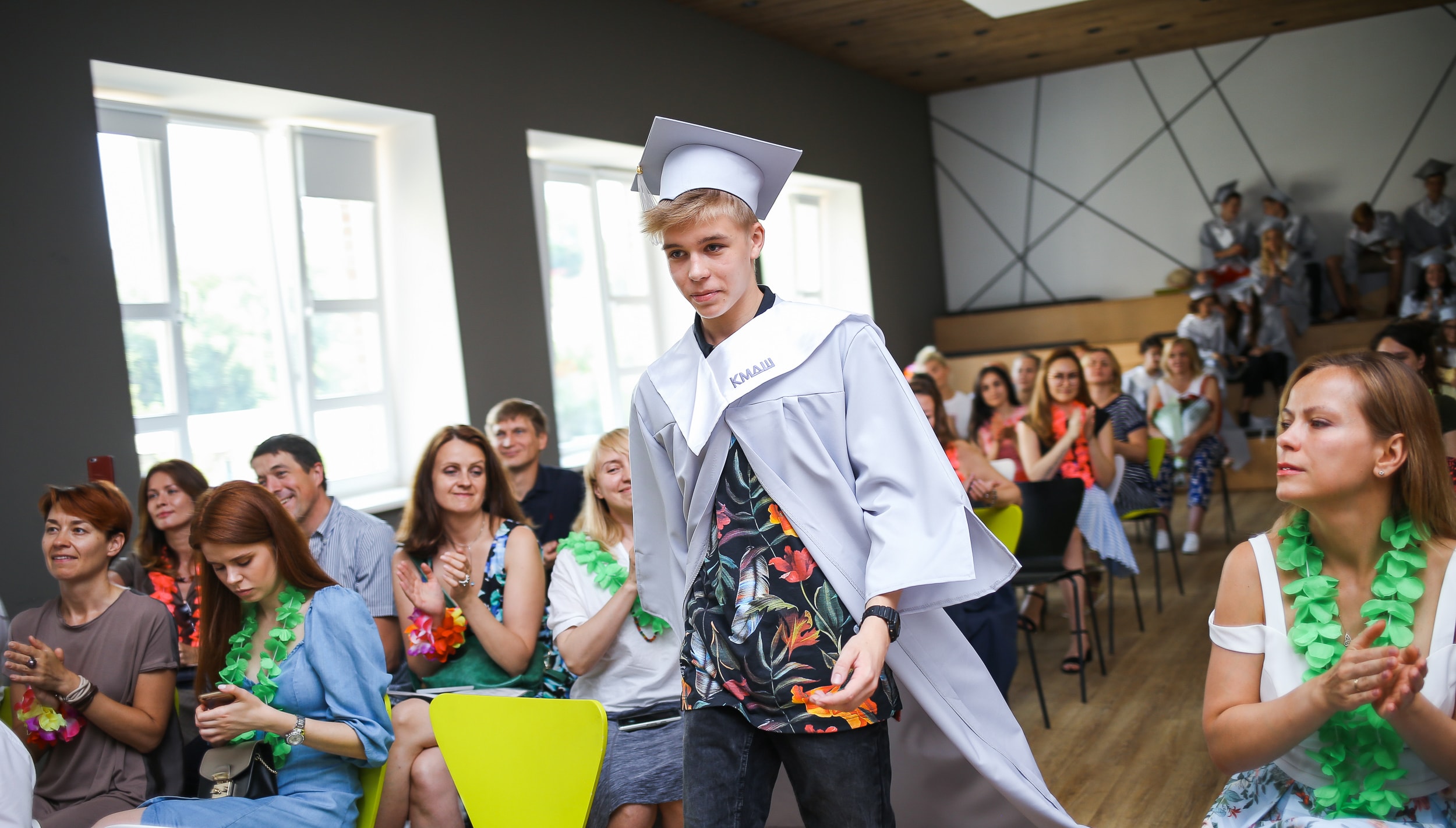 383
Articles
Stories of CISC graduates. About choosing the future profession, university education and the things the graduates shouldn’t be afraid of. Nikita Scherban.
More materials